Australia is a dream destination for many travelers. It boasts lovely weather, unique habitats, and some of the world’s most bizarre creatures. Tourists might enjoy visiting Australia’s major cities, such as Sydney and Melbourne. There are also numerous lovely beaches, sceneries, and nightlife options. Australia’s inhabitants are very kind and renowned to be inviting to visitors! However, these are the top ten best tourist spots.

Here are the top must visit places in Australia in 2022;

One of Australia’s oddest museums is the Tasmania Museum of Old and New Art. While it is accessible by car or plane, the most common mode of transportation to this museum is a 30-minute boat voyage from Hobart. It is well-known for some of the Aboriginal tribes’ most unusual, rare, and privately held collections. Enjoy the numerous magnificent works of art on show, as well as the wonderful cuisines supplied by the grounds’ multi-cuisine restaurants.

Heide Museum of Modern Art is a contemporary art gallery, historical art museum, and heritage park all rolled into one. The best reason to visit this one-of-a-kind museum is its stunning setting amid a large expanse of green countryside. It is a must-see destination for Australian tourists! Take a stroll around Heide’s huge tranquil region and delve into the past to be amazed by Melbourne’s living history.

The Sydney Harbor Bridge is one of the most well-known tourist attractions in Australia. The bridge, which rises 134 metres above the bay, is lovingly known as “the Coat Hanger.” This technical wonder is also the world’s biggest steel arch bridge. Enjoy the spectacular cityscape from the bridge, climb the bridge with a guide, and learn about the bridge’s history and construction at the museum on the southeastern pier.

The bridge may also be reached from the south via Cahill Walk, which runs parallel to the Cahill Expressway. Pedestrians can reach this promenade by a set of steps or a lift from the east end of Circular Quay. It is also accessible from the Botanic Gardens.

The Sydney Opera House is one of the most prominent Australian tourist sites, surrounded by the gorgeous Harbor Bridge and the lovely Royal Botanic Gardens. This architectural marvel by mankind, considered a century’s architectural masterpiece, contains several locations built to mimic the image of a massive sailing ship and resemble billowing sails or shells.

Take a tour of the facility, which includes theatres, studios, a performance hall, exhibition spaces, and a cinema, then have a delicious Australian lunch at one of the outstanding restaurants.

Karajini National Park, located in Western Australia, is ideal for adventurous travellers and is truly one of the greatest locations to visit in Australia. This vast wilderness region is brimming with natural beauty and outdoor sports. Swim in Fern Pool, picture Fortescue Falls, visit Mount Bruce, or look for native animals. The park is well known for its gorges and canyons, which have beautiful swirling rock formations.

Darwin, the Northern Territory’s capital, is a city steeped in history. Darwin is home to a number of excellent museums and galleries, including the interesting Museum and Art Gallery of the Northern Territory, which exhibits Pacific art and technology. It only takes a few of days to see Darwin, and most visitors use the city as a base to tour neighbouring attractions such as Litchfield National Park and Kakadu National Park.

The Great Barrier Reef is the world’s biggest barrier reef system and one of the seven natural wonders of the world. This world heritage-listed landmark, which lies in the Coral Sea, is one of the biggest living structures on the globe and is visible from space. It takes up a sizable region, home to thousands of coral reefs and dozens of beautiful islands.

Are you eager to take your loved ones to one of the most incredible tourist destinations in Australia? Dive into the waves of the turquoise crystal to see the vibrant marine life and the wonderful wonder of nature. If you want to keep dry, you may watch the gorgeous reef from underwater observation platforms and fantastic glass bottom boats that have been particularly created.

If Bondi were to be summed up in a single line, it would be something like, “This is truly heaven on earth.” One of the most well-known beaches in the world, Bondi Beach is full of waves, sand, and tanned bodies. One of the oldest life-saving clubs in the world is located near Bondi Beach, which is also a lovely location for a picnic or a quick stroll down the shore. Additionally, here is where both locals and visitors congregate to celebrate Christmas and the new year. If you need a quick drink, there are stores, cafés, and restaurants all along the beach. 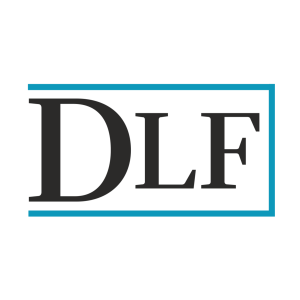